U.S. Africa Command (USAFRICOM) is getting troubling reports coming out of South Sudan.

CIA intelligence indicates that Sudan People’s Liberation Movement in Opposition (SPLM-iO)in the Al Wahdah area of South Sudan are again expanding their presence in the area and terrorizing the local population.

The Kujari area is particularly volatile and reports are coming in that the local South Sudan People’s Defense Force (SPLA) forces are unable to maintain local security, and while the President of Uganda has committed 7000 troops to the region they are poorly trained and will require support to help secure the region.

Our Operations server is where we run MODed missions designed to increase imersion. This is where we go toe to toe with hard core enemy across the globe.

Our Vanilla Plus server running mostly Vanilla missions and including CBA and ACRE.

MODs for a Reason

The modpack as it currently stands has been curated to provide the player and mission designer with a huge flexibity for mission variations. We have over 100 different factions that can be used in game. We also rely on a core set of mods including ACRE2, ALiVE and ACE to improve the functions of the game.

We are always looking for new maps representing new regions to develop missions for.  We welcome mission designers to bring both mission and map ideas. Currently with our modpack we have several excellent maps available from Anizay to Reshmaan.  Mission designers should check our roadmap of both MODs and Maps when considering mission development. 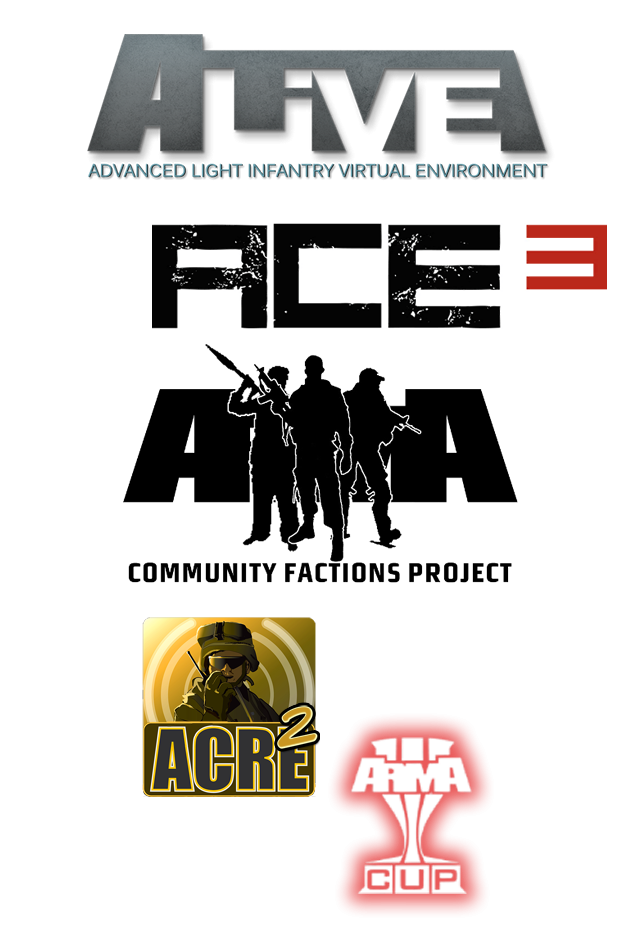 Mil-Sim but Fun As Well

We strive for more realistic immersion in our missions with things like VON disabled, no enemy map markers, no individual player markers, and realistic radios (type and distance).  But in the end, it is still a lot about the fun and we are building a wide range of missions that take advantage not only of the wide range of factions that CUP has to offer but the wide range of possibilities that ArmA3 has built in (IDAP and Mine fields as just two of them).

Check out our Wiki on the site for operational insights into the best use and practices for many of the MODs we run.  Mission developers will benefit from the Wiki also in their design of missions.